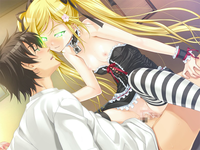 Ladies, I recommend trying this man. He is nice and handsome and tastes good. If you want to be sure to remain in control during a game just put a finger inside... him of course...

Been playing around with an app called Wetoy, but there doesn't seem to be a lot of action there. It's for remote control of toys :P ID: 454073

Love betting, with punishment for the loser. It makes the games more exciting.
Examples could be something simple, like changing profile picture or text, or something more daring like being forced to wear a plug for a certain amount of time.
Open for a lot of things, though long term denial is not a good fit for me, due to someone having dibs on me :P

I often play while working, so I might have to take a call or 2. Generally avoid to play if I know I'll have a lot of meetings. Working from home (COVID is a thing), so it's not risky.

Prefer to sub, but I won't go down without a fight. Throwing fights isn't fun. I do like keeping the RP going over competing.
Like all the games modes, so I'm up for all of them. I normally queue for classic, but if you feel like doing something else let me know.

Cool with Transgender (Dominant Transgender characters are my favorite to play with 😍), sissies, crossdressers, futas, and enbies(This means non-binary, right?).
Simply put, I'm attracted to feminine bodies, and all genitalia. I might ask questions in order to learn, since I'm not 100% on the different terms
If I'm using terms wrong, please let me know. It's ignorance, not spite. I'm not here to offend anyone, I'm just here to have fun, and I prefer that my partner is enjoying it too.

My special talent is snatching defeat from the jaws of victory.

I have no affiliation with the bot on Discord with my name.

I'm open for most thing, but calling me Daddy, or similar, is a BIG TURN OFF, so please don't :)

Thanks for reading all this, I'll give you this tip: Use my tongue, play with my butt, call me a good boy and I'll melt in your hands.

Submit to her strap-on

She isn't close to being done

Fuck him from behind

Over the knee spanking

Bound teasing of his cock and butt

Pegged to orgasm in chastity

Peg him in chastity

Pound him hard from behind!

Take off your bra

Take off her panties

Pound him hard and deep!

Something's waiting for you...