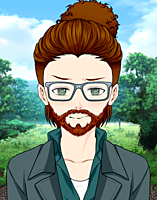 Competitive guy looking to get into some sexy and interesting encounters, bets, punishments and rewards, all the good stuff.

Previously Bella's Champion, should she require me i'd have had to make haste, however, she enjoyed keeping me well drained so should you like to play with me you'd have had to ask either her or myself so I have permission, you never know... she mightve liked to join in.

Latest quest: looking for employment, If you would like a dom session drop me a dm so we can discuss it first, if you would like me to sub for you the same applies, if you fancy a game message on here or discord, I look forward to playing you